Shuffles is thrilled to share news of the exciting things happening to some of our alumni and teachers! 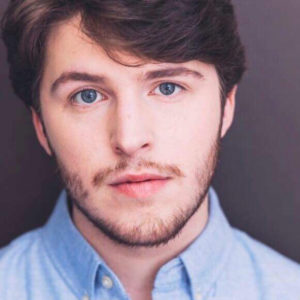 Dalton Harrod, former Shuffles student and teacher, is filming a new series for AMC.
Dalton can also be seen next month in “Second Act” playing opposite Jennifer Lopez, Leah Remini, and Milo Ventimiglia. To round out Dalton’s trifecta of great news this year, he is also in “The Miseducation of Cameron Post” currently in theaters, playing Jamie. This film was awarded the Grand Jury Prize at the Sundance Film Festival last year and has received huge critical acclaim for the both the cast and the story about a girl forced to undergo gay conversion therapy. About his recent successes, Dalton tells us “I am internally grateful for the opportunities I have received. To work with such incredible filmmakers, and artists is an honor and a dream. I can’t express my gratitude enough. And it couldn’t have happened without the inspiring people who have always believed in me and kept pushing me to be the best artist I could. 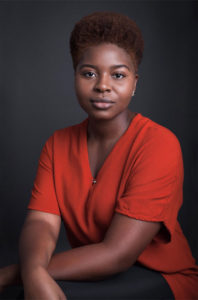 Marla Louissaint a former Shuffles student, is currently on the second national tour with the cast of “Beautiful – The Carole King Musical”. She joined the first national tour in November through June 2017 and rejoined the second tour when they reopened in August.In addition to the thrill of playing Lucille and the Lead Shirelle, Shirley for audiences around the country, Marla has also enjoyed traveling around the U.S., discovering local cuisines, sightseeing, and nightlife in each city. She tells us “Performing in front of an audience 8 times a week is always a joy. But our company is very good at finding a balance between work and fun. For example, we try to have family dinner once a week at a famous restaurant in the area so we have shared memories to look back on – and they’re always a great time. Another staple each week is going out to see a drag show in every city. While living on the road with this fabulous group of people, I’ve learned a lot about myself and what it takes to be a professional in a traveling company. I’ve also been able to see plenty of cities I can see myself living in, other than NY, like Chicago, Knoxville and Providence, and I already know that I’ll be retiring in North Charleston. I’ll be leaving the tour in January to return to school for the spring semester, but I’ll be taking all of my experiences and the lessons I’ve learned with me in the next chapter. 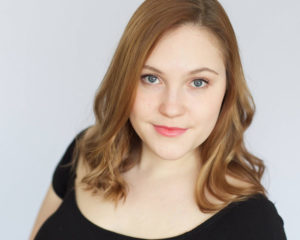 Molly Model, Shuffles teacher and alumnus, is going to be starring as June in the Weathervane Playhouse (Newark, Ohio) production of “Gypsy” this holiday season. Molly is incredibly excited to join an amazing company of performers. The first song she ever performed at Shuffles as a very young girl was “Everything’s Coming up Roses” which is a song from Gypsy. She spent her summer working on the production team of “42nd Street” Associate Director/Choreographer to the amazing Christine O’Grady. They created all new, original choreography for a production that was called “mesmerizing” in a Broadway World review. Molly goes into “Gypsy” rehearsal very soon and could not be more delighted. She sends all her love and gratitude to Gail and her amazing shuffles family for sending her so much love on her journey!