We continue SHUFFLESNYC Faculty Spotlight with Richard Riaz Yoder. Richard comes to New York from The Gateway City (St. Louis, Missouri) and teaches Musical Theatre and Tap. He is recently finished performing as Cosmo in Singin’ in the Rain in Chicago, and is in rehearsals for Hello, Dolly! starring Bette Midler and David Hyde Pierce. He took a few moments out of his crazy schedule to answer some questions for us. 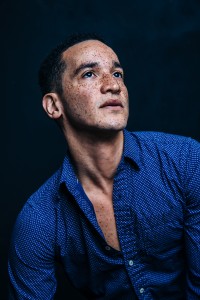 Can you talk about your childhood and how that may have influenced your pursuit of dance and musical theatre? Well I started dancing late around 17. I have always loved the stage but one day I saw a friend tap dancing and I was like wow I wanna learn how to do that! So I started lessons and the rest is history.

What did you do for fun growing up since it wasn’t until 17 that you found dance? I was in show choir and a jazz choir in high school. That and I played a lot of video games haha.

Who inspires you today? My students! I have been away for a while but I always keep thinking about what I will be able to teach them from all the new theatre experiences I am having when I go back. Also the entire cast and creative team of Shuffle Along. It was a short experience but I have grown as a performer and tap dancer so much because of it.

What are your favorite shows to have worked on? On the Twentieth Century, Shuffle Along, Sophisticated Ladies, 42nd Street, and Singin’ in the Rain!

You are recently played Cosmo in Singin’ in the Rain, can you speak a little about playing such an iconic role? It has been amazing. I am a huge fan of comedy and I honestly and always trying to make people laugh so this is a dream role of mine.

Was this the first time you played Cosmo? I have done the show 2 times before and with a director and choreographer that worked on the original Broadway production so it was great to get a lot of background work with them. I have been the dance caption for the production twice but never playing this role. It has been such a great learning process and simply wonderful. They even hired a professional clown that has worked all around the world to come in and fine tune my timing and learn clown tricks. I get paid to take class!!! 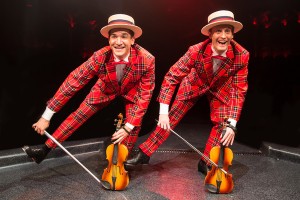 You gained a bit of a following during On the 20th Century with the 4 tapping porters and even received the Astaire Award. Can you talk about that show and experience and how it differed from others? Did it feel special when you were working on it? It was such a special show for me. I hadn’t been on Broadway in 6 years. It was like I was making my broadway debut all over again. I was so nervous. Everyone was so kind and welcoming. Warren (Carlyle) our choreographer was perfect. He was funny but very firm on what he wanted us to do. We worked really hard and it was worth it because we ended up being one of the highlights of the show. I am forever proud and humbled by that experience I will always remember it fondly.

You are in rehearsals for Hello Dolly on Broadway, can you tell us what you are most excited for with that show? I am excited to do a more jazz and ballet oriented show for a change. It will really push me as I haven’t done a show with much of that in a while. I’m looking forward to being back on Broadway for sure. I also couldn’t wait to meet David Hyde Pierce!!! I am such a fan of his…also Bette…I think we are going to be best friends haha.

What is it about SHUFFLES that you think makes it so unique? I think it’s that they really try to teach stagecraft there. It’s not just dance class but really teaching people how to perform and perform well! 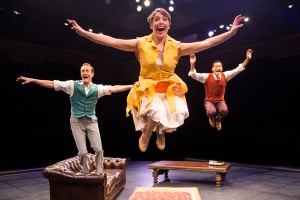 What excites you about dance and musical theatre right now? Seeing how things are ever changing! You never know what is going to come a new season in NYC.

If you could instill any piece of advice onto your students, what would it be? Have fun and work hard. Life is too short to not have fun and be lazy.