Today’s Faculty Spotlight is living a dream many of us hope to live. Megan Kelley, who is in her second year teaching at SHUFFLESNYC, is a Radio City Rockette! Megan is performing in the Christmas Spectacular starring the Radio City Rockettes. Originally from Stratford, CT, Megan teaches/assists Tap and Musical Theatre at SHUFFLES. We were able to sit down with Megan and ask her some questions. 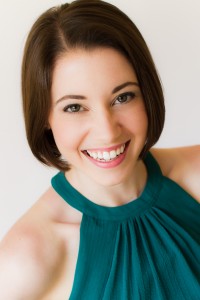 Can you talk about your childhood and how that may have influenced your pursuit of dance and musical theatre: My mom always told be that from the moment I was born, and even before that, I never stopped moving and dancing. When I was four years old, my parents brought me into the city to see the Christmas Spectacular starring the Radio City Rockettes! From the moment the Rockettes started dancing, something inside of me clicked and I knew I wanted to be a dancer and ultimately a Rockette. The following year, my parents enrolled me in dance classes at my hometown studio. I never looked back! Later on, when I was in middle school, my family and I went to see my first Broadway show, 42nd Street. That was another eye-opening experience for me. It was in that moment I realized another dream. I wanted to sing and act as well! I wanted to be Peggy Sawyer. After seeing that show I started taking voice lessons and eventually had some acting lessons to prepare me for College auditions. I was accepted and attended Wagner College for Theatre Performance. I believe it all began with I was four years old staring up at the glorious Radio City stage and watching those beautiful Rockettes kick!

As a child, who or what inspired you to pursue this career? The Radio City Rockettes were my first inspiration. I also had two dance teachers growing up would inspired me and helped me along the way. Both of them are former Rockettes as well! Other inspirations include famous movie stars from the 1930s, 40, and 50s, such as Fred Astaire, Gene Kelly, Ginger Rogers, Eleanor Powell, Ann Miller, etc… 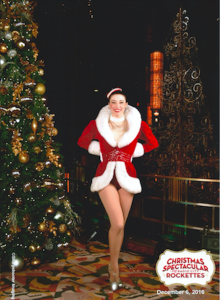 Who inspires you today? All of the people listed above still inspire me today. They are the greats! I am also inspired by all of the up and coming performers! They are who helps keep theatre and dance alive. As long as there are children with a passion for the arts, we will always have art and theatre. I feel that each of us has the responsibility to pass down our knowledge to the next generation of performers… It’s one of the parts of this business I love the most… passing on my passion and knowledge and watching the kids soak it in and develop that same passion. It’s inspiring to me to watch as they come to realize the big picture of what performing does for those who are the performers and for those who are the audience members. 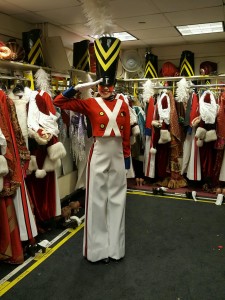 What is it about SHUFFLES that you think makes it so unique? SHUFFLES is a wonderful school that combines singing, dancing, and acting. When you are taking one of their dance classes, you are not only training your body to move, but you are also training your voice and training your acting skills. These kids that come in here are training to be triple threats. It’s something I wish I had had growing up. With this process of putting all three skills together, SHUFFLES is also giving it’s students a confidence in themselves that they can take with them for the rest of their life! It’s truly inspiring!

What excites you about dance and musical theatre right now? It’s excited to see how dance and musical theatre is becoming more and more accessible to people all over the country and all over the world. Having shows come to Broadway that teach you about our nations history, or shows that make you think about important topics and current events. Also, having shows that have the sole purpose of pure joy and entertainment! We have a wide range of shows out there right now and it’s pretty amazing to hear how each show is 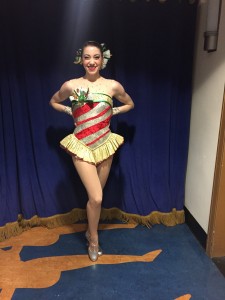 impacting not only regular theatre-goers but also the general public! It’s also a wonderful thing that we are having so many more live television broadcasts of various shows. It is not always easy for people to get to a Broadway show or get to a National Tour. These live television events allows those people to still be a part of it!

If you could instill any piece of advice onto your students, what would it be? My biggest piece of advise is to never stop dreaming and never stop trying. Find what it is that makes you happy and do it. It’s not always going to be an easy road but if you have the desire and the determination, anything is possible!